The moves to cool off the overheated property sector by Malaysia in the last few years were wise (if a bit late). The 6% sales tax was also likely wise. Real estate development tends to get overheated and collapse – taking much wilder swings than other areas of the economy. Reducing those swings is useful but challenging. How the current situation plays out will be interesting and requires government paying attention and taking action to prevent bubbles and excessive speculation, as well as watching for signs the bubble is deflating too quickly.

Malaysia Builders Hit by Tax Amid Worst Slump Since 1998

Malaysian property companies are grappling with higher costs in an industry already reeling from central bank curbs on lending last year and the first interest-rate increase in more than three years in July. Property transactions in 2013 sank the most since the aftermath of the 1997 Asian financial crisis, while home prices in the first quarter rose at the slowest pace since 2010.
…
Property transactions dropped 11 percent in 2013, according to the National Property Information Centre, the most since a 32 percent slump in 1998, when Malaysia had its first recession in 13 years. The Malaysian House Price Index rose 8 percent in the first three months of 2014, the slowest growth since the third quarter of 2010.

Developers offered 6,339 new units in the first quarter, a drop of almost 50 percent compared with the previous quarter. Only 30 percent of the units were sold.

It is possible the slowdown in real estate development will be too sharp which creates problems. But if that happens the main reason will be the bubble was allowed to build too quickly. And there is also the possibility the slowdown will not be quick enough (the bubble will keep growing); this seems less likely.

Luxury condos in Johor Bahru seem the most bubbly of all areas in Malaysia. It seems like Kuala Lumpor and Penang are also in danger of too must leverage and speculation. The moves to reduce that leverage, speculation and bubbly markets are good. We will see how the market develops the rest of this year and next year.

Here is a webcast showing a 360 degree view of downtown Johor Bahru in 2014. You can see the sky scrapers in the central business district (CBD) of Johor Bahru and Iskandar and in 5 years this will show many more high rise luxury condos. The beginnings of numerous (more than the total completed high rises) are visible in the video.

The CIQ, the causeway to Singapore, the Straits and Singapore beyond are visible. Even Singapore’s Marina Bay Sands, located at the far southern edge of Singapore, can be seen in the background.

As I have written previously the potential for Johor Bahru, Malaysia is great. The proximity to Singapore give JB the extra boost that moves the potential above that of dozens of similar locations throughout South East Asia. But potential has to be managed properly or it is wasted. The inability of Singapore and Malaysia to cope with the demand for cross border traffic has to be a huge concern for investors.

The backups have become progressively worse throughout the last year and especially bad the last few months. As I have also written previously the massive supply of luxury housing in JB without a visible source of equally high paying jobs in Johor that will allow people to afford those houses is a worrisome sign.

The failure to complete a 3rd link by last year and the huge delays experienced all this year create strong headwinds for realizing the potential of Iskandar. Obviously cross border transportation was going to be bad before the MRT was finally extended given the huge volume of luxury condos being build in JB. But things are tremendously bad already when only a few of the new luxury condos are completed.

The potential is still great but the huge problems with the borders already calls into question the ability to plan, execute and grow to meet that potential. More high paying jobs need to be created in Johor Bahru itself. I don’t see how the number of luxury condos being built will be workable in the next few years. 10 years from now all may be well, but from 2015 to 2018 (or whenever the border gets fixed so the median border delay is under 15 minutes, likely the extension of the MRT to JB will have to play a role in fixing the problem) I see big risks countering the big potential.

People are willing to envision themselves putting up with huge commutes. but as they live with them year after year and miss their children, spouses and lives sitting at a border waiting to move forward many will decide it isn’t worth it.

END_OF_DOCUMENT_TOKEN_TO_BE_REPLACED

Since my last post on the construction on Setia Sky 88 things have picked up quite a bit of speed. 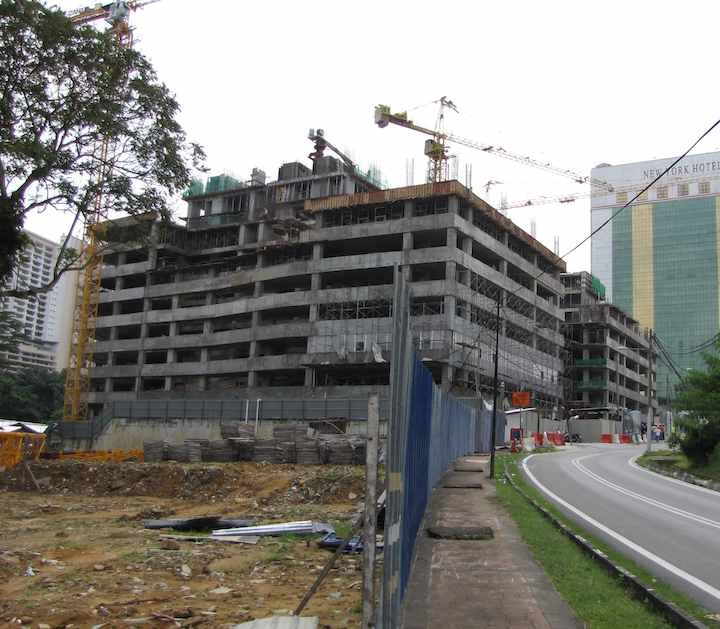 After not going above ground level in a year, they have over 6 levels built.

Close up of construction; it seems like they may have completed the car park levels and are starting on other levels?

END_OF_DOCUMENT_TOKEN_TO_BE_REPLACED

Stulang Villa Condos offer large units in a small building near the Cyberport building (walkable to CIQ, though a long walk). It is an older building close to downtown but in a residential area.

See our overview of the Stulang Villa Condos. I personally think the rates are a bit high and would try and negotiate a better rate, they are large units so maybe the rate is reasonable. Units available now include:

These condos don’t have a pool or such amenities that larger condos offer.

The second tower for next to the Pangsapuri Sri Samudera, Seaview Residence Suites is nearing completion. Current rental options for the existing tower run from MYR 1,700 to 2,500+ per month.

The Sri Samudera is in the neighborhood of the Thistle hotel and Indah Samudra Condos. It offers great views for a few units, but the units looking north seem like they are going to be looking directly into the second tower which is very close.

See our overview of the Sri Samudera Condo. Units available now include:

Given the overall market the prices seem a bit high to me; maybe the demand from hospital workers is high enough to justify the prices. The more expensive units are also much more likely to be shown online (the less expensive units are often not put online – low level, not updated, etc.).

In my opinion the pool is the best part of the project. The units are ok but the pool is amazing. The location is actually pretty good too – there are quite a few shops surrounding the area (and with a Giant and Tesco right across the street).

Setia Sky 88 and Twin Galaxy are located right next to each other near KSL Mall and Plaza Pelangi in Johor Bahru CBD. Here are a few photos of the progress so far. The Setia Sky 88 site had nothing going on for months but lately has had some activity.

See our post from February 2013 on the Construction Progress for Setia Sky 88 and Twin Galaxy, one year ago.

Twin Galaxy has been nearly continuously busy and is rising quickly.

END_OF_DOCUMENT_TOKEN_TO_BE_REPLACED 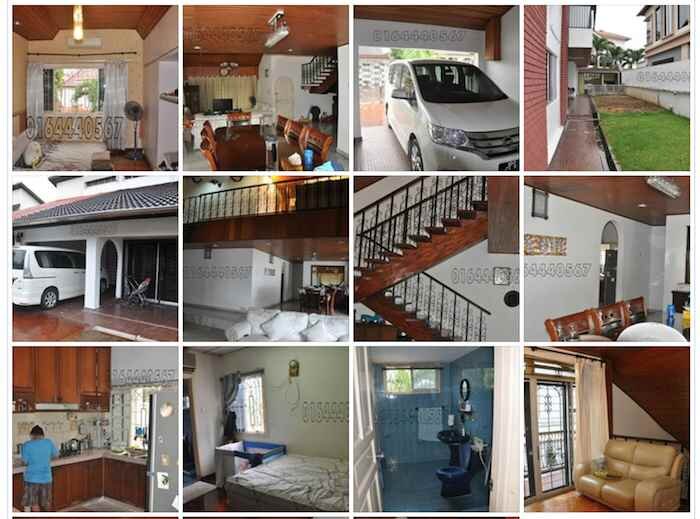 Sweetwater Mediterranean Restaurant is another excellent restaurant in Taman Pelangi, Johor Bahru. The food is excellent as are the furnishings. It is a bit expensive but worth it if you are looking to splurge. 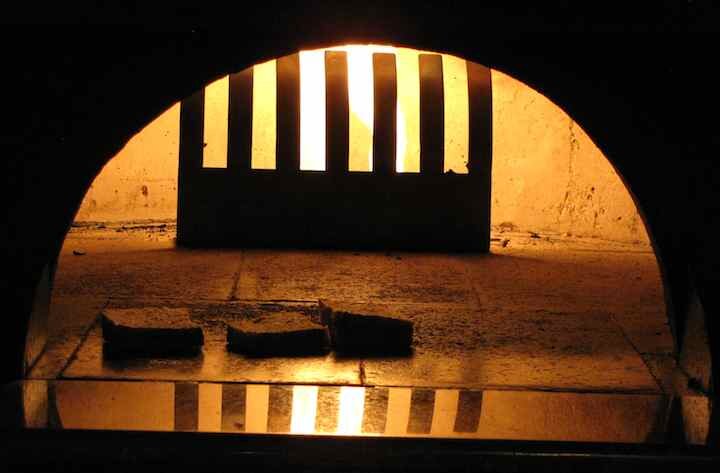 Even the bread is worthy of mention, it is excellent and warmed in this stone oven before serving. The fixed price lunches are a great way to experience this wonderful restaurant for a very reasonable price (around 40 MYR, about US$13). They come with wonderful bread, a salad, entree, tea, and desert. 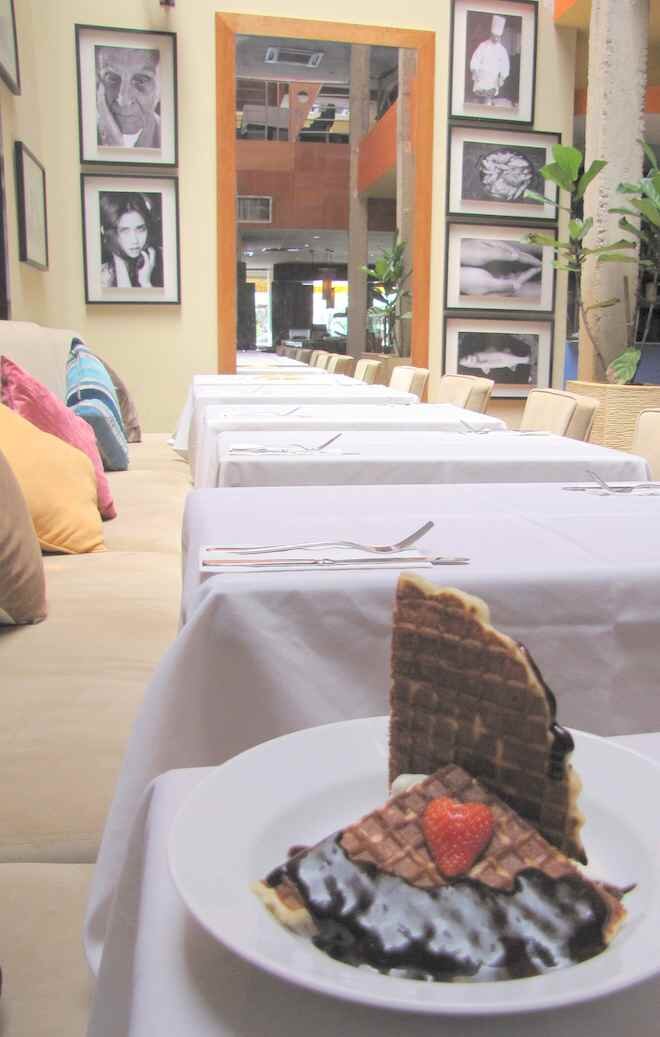